It was jubilation galore today as APC executives from all the wards in Imo converged at the Senator Araraume Destiny office on Onitsha road to celebrate the decision of the NEC of the Party elongating their tenure till June 2019. 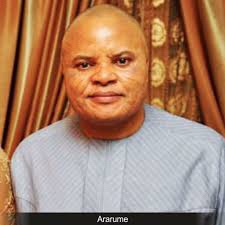 It was a period of songs and dance in thanksgiving to God. The Executives who expressed gratitude to the National Executive Council and especially Senator Araraume for standing by them.

One of the Ward Chairmen pointed out that they have been liberated and will surely pay back Rochas in his own coin.

They urged other ward executives who are still under the deceitful spell of Rochas to use their tongue to count their teeth.