Skip to content
February 11, 2018
A formidable group under the aegis of Imo State Amalgamated Markets and Traders Association, ISAMATA, has joined other well spirited Imolites and beyond to tacitly call for support of Madumere’s governorship ambition following his contributions and selflessness since the inception of Owelle Rochas Okorocha led Rescue Mission government.

The group led by its State President, Hon. Chief Joe Odikanwa made the call, yesterday, when they paid a courtesy visit to the number two citizen of the State at his country home, Lake Malinda, Achi, Ezi-Mbieri, Mbaitoli local government area of Imo State.

In his address, the President of the group extolled Prince Madumere’s virtue of loyalty, humility, competence and contributions, which has a great support to Governor Okorocha’s successes in governance.

In their prayers for Madumere’s rise to the next level, the address reads; “Your contributions and activities since the inception of Rescue Mission Government speak volume of the stuff you are made of. We believe in the Igbo adage that says; ‘Onye fee eze, eze eruo ya aka – that one day you will become king.”

The group assured the Deputy Governor of their resolve to continue to support and contribute their quota towards the success of Rescue Mission Government.

They also used the opportunity to reel out their challenges and other needs for the smooth administration of the organization.

Responding, the Deputy Governor commended them for the continued support to Rescue Mission government, while assuring them of taking their request to the Governor for attention.

PHOTO TAG:
1. The Deputy Governor of Imo State, Prince Eze Madumere in warm embrace with the Executive members of ISAMATA led by the President of the group, Chief Joe Odikanwa when the group paid him a solidarity visit at his country home, Lake Malinda, Achi, Ezi-Mbieri, Mbaitoli LGA of Imo State recently 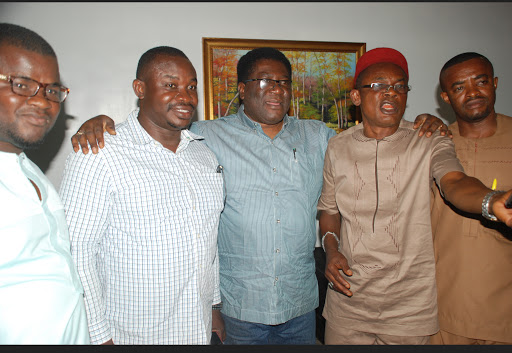 2. The Deputy Governor of Imo State, Prince Eze Madumere in warm handshake with the President of ISAMATA, Chief Joe Odikanwa and other Executive members of the group 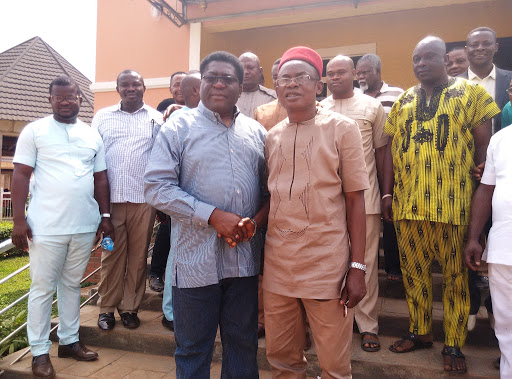