– Madumere’s Lenity a plus not a flaw 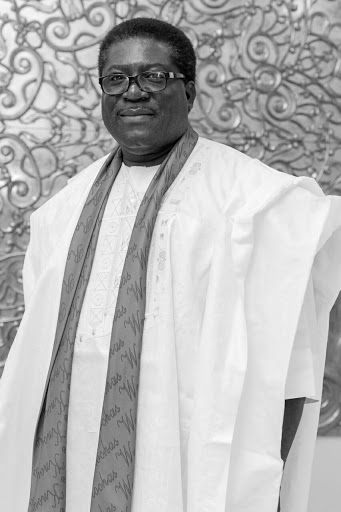 I have so fallen in love with this beautiful explanation of the word “association” by Swami Vivekananda that I’d like to share it with you for the purpose of my topic today. He said: “… A rain drop from the sky: if it is caught by clean hands, is pure enough for drinking. If it falls in the gutter, its value drops so much that it can’t be used even for washing your feet. If it falls on a hot surface, it will evaporate… If it falls on a lotus leaf, it shines like a pearl and finally, if it falls on an oyster, it becomes a pearl…The drop is the same, but its existence & worth depends on whom it is associated with.”…Always be associated with people who are good at heart..You will experience your own inner transformation”…

This brief but powerful explanation of the word ‘association’ couldn’t have been any better than he has already made it because it clearly pictures life in its truest form. Little wonder why it is impossible for anyone regardless of his/her good nature to be loved by all. Regardless of this truth, Madumere seems to have clearly gained a unique margin of likeness from the angle of people who love him than those who hate him.

Madumere, a humble servant, a loyal friend and a true example of good leadership whose admirable calm and calculated lifestyle has earned him favor in the eyes of his people and beyond has today been vindicated by God from the hands of a 25years old friend who turned folly overnight.

Not many people would have been able to endure 25years of stewardship full of patience, hard-work, insults and no rewards like Madumere has done and is still doing. His choice of obeying God’s command in Matthew 5:39-41 which says “…But I tell you, do not resist an evil person. If anyone slaps you on the right cheek, turn to them the other cheek also. And if anyone wants to sue you and take your shirt, hand over your coat as well. If anyone forces you to go one mile, go with them two miles…” makes him an exceptionally unique and very good practicing Christian.

The known low profile, humble lifestyle and unblemished records of his past performance as Imo State Chief of Staff and current performance as Deputy Governor has clearly shown the need for all imolites to show him great support and wide acceptability at the upcoming 2019 polls. Madumere has proven to be a great leader per excellence with his amazing tactic of never been found wanting by his boss in carrying out his duties. He is one man that has learnt to disagree without been disagreeable which is what many leaders of today lack. He has proven by his actions and inactions that it is possible to compromise so long as you know those principles that can never be compromised. And as we all know, the devil we know will always be far much better than the Angel we do not know.

On Monday, 12th February, 2018, Governor Owelle Rochas Okorocha, in his usual dramatic way after so much efforts to hide his true intentions (even though they were already clear to the general public) endorsed his son in-law, Uche Nwosu as his successor for 2019 while still claiming that his son in-law was yet to inform him of his intentions to run for the said position (Another one of his many lies because he has been aware of Ugwumba’s intentions to run months before he even branded his campaign vehicles).

Maybe Okorocha forgot so soon that taking chances is part of life but when you bet your future against the odds then it becomes a high risk game. “One man can feed the general public but if in the same way the general public decides to return the same favor to him then he surely wouldn’t be able to finish their food”

Okorocha needs to realize that Imo state is not a family merchandise. 2019 elections will reshape things in Imo state for good. The election processes in Imo State will no longer be business as usual. It will not be about god-fatherism, stolen votes, over-bloated youth bribery and corruption processes, personal interests, lack of due process, unactualizable campaign promises, etc. Imo State has a long way to go. And it won’t be easy. That’s why we’ll have to set priorities. We’ll have to make hard choices. And although government will play a crucial role in bringing about the changes we need, it is our responsibility to choose the right people to govern us. Each of us, in our own lives, will have to accept responsibility in order to make this work.