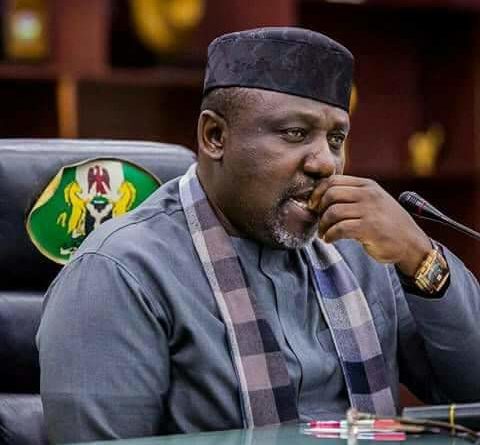 Perplexed confusion is bleeding in Governor Rochas Okorocha’s latest political family known as “Agburu anyi” political group over the selection of who succeeds the flamboyant politician in 2019. 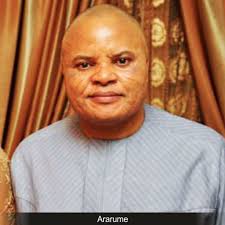 This is even as the governor tacitly endorsed penultimate day, his Chief of Staff and son in-law, Mr. Uche Nwosu as possible replacement to him in 2019. 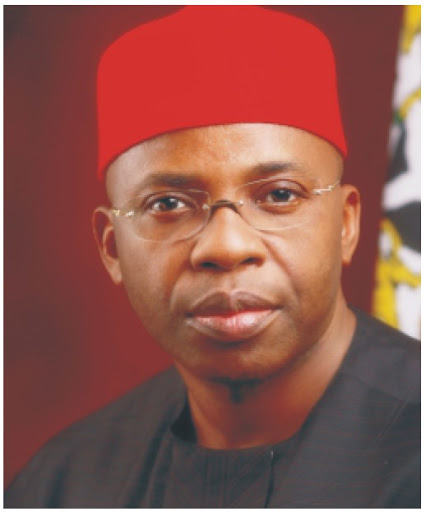 A close source revealed that the governor is under intense pressure by family members on his insistence to pick Uche Nwosu to succeed him. The confusion according to the source, became problematic when feedbacks that filled the information chain of Agburu anyi political group indicated that the choice of Uche Nwosu to run for governor is dead on arrival.

It was revealed that Okorocha could not hide his ill feelings when he received unadulterated information from his trusted kitchen cabinet members on the fact that Uche Nwosu could not fly the flag as many people, including members of his political family are likely to sabotage him if he goes ahead to hand Uche Nwosu the APC’s governorship ticket.

The source said family members are sharply divided on the issue as Mrs. Ogechi Ololo, the younger sister to Governor Rochas Okorocha is equally rooting for her husband, Engr Ololo citing the claims of Owerri zone to producing the next governor for equity and fairness.

Similarly, our source informs that Mrs. Geraldine who is an elder sister to the governor is alleged to have pitched tent with the secretary to the state government, Mr. Eche, saying that the retired civil servant is trusted and would continue with the policies of her younger brother.

According to the source, the wife of the governor, Nneoma Nkechi Okorocha and her brother in-law, Jude Okorocha are not in conformity with the choice of Uche Nwosu who they fear would jeopardize chances of the family producing the next governor.

It was gathered that both fear that the young Uche Nwosu who took advantage of their daughter to creeping into the Okorocha’s family is an opportunist who could turn to political tiger in the future if entrusted with power. This is even as they believe that all sampled opinions around them did not favour his emergence.

While Rochas is disposed to the choice of Uche Nwosu and Chike Okafor as possible partners, other members of his family have become tower of Babel over who succeeds their brother.

On that note, it was said that the governor who became confused on the negative information over the choice of Uche Nwosu has allegedly hinted to dropping the idea even as he regrettably informed the public few days back that Uche Nwosu had all it takes to succeed him.

Okorocha had spoken on Monday when some party chieftains paid him visit, informing that Uche Nwosu is hardworking, and never gets tired.

“He is a very humble young man. Not proud. Not arrogant. So, power won’t enter his head. In spite of the position he occupies you can’t see him quarrelling with anybody or maltreating anybody. He does not segregate against anybody whether from Orlu or from Owerri or Okigwe zone. He relates with people enviously. I have checked him in and out, I have not found him wanting…He has the qualities of a good leader. If he says he will run for governor, I will support him”

Earlier last week, supporters of the Deputy Governor, Prince Eze Madumere staged a peaceful walk in Owerri galvanizing supports for the loyal Deputy who they considered a better replacement for Okorocha. However, our source maintains that the Deputy Governor had no support from any of Okorocha’s family except one or two persons who mentioned his name and that of Jude Ejiogu “out of pity” as possible good materials if given opportunities.

Observers fear that confusions in the Okorocha’s camp is replica of such witnessed in Imo state in 2007 when the then governor Achike Udenwa could not settle for a replacement which paved way for the emergence of Ikedi Ohakim as Imo Governor. They say signs are growing that Okorocha may not be able to produce replacement.

“The governor himself is even more confused than everybody as the divisions in his house grows daily. He loves his wife and children and does not want domestic scandals around his immediate home known to the public. You must have heard him asking the other day at the Government House Chapel why Imolites have surprisingly hated him.

“The governor is embittered. He is worried that the state is gradually slipping out of his grips. He fears the consequences of not being able to put a replacement and the possibility of likes of Dr. Ikedi Ohakim or Senator Ifeanyi Ararume succeed him. He does not sleep at all”, says our source who spoke on anonymity.