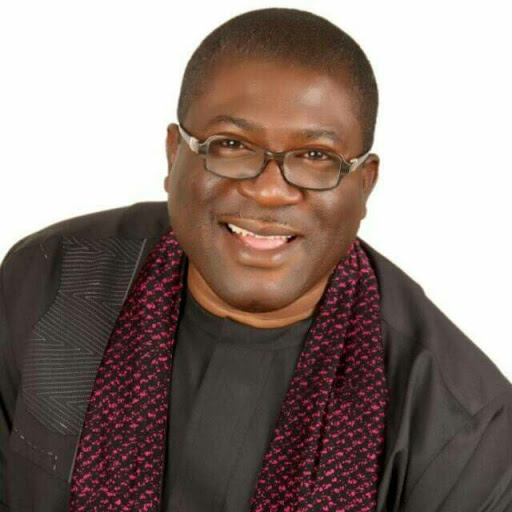 Since the Deputy-Governor of Imo State, Prince Eze Madumere,  declared intention to run for the governorship seat in 2019, there has been speculation that his decision may divide Governor Rochas Okorocha’s political family before the forthcoming election. Associate Editor, Sam Egburonu, reports on the prospects and the fears

LONG before he declared interest to contest the 2018 governorship election in Imo State, there has been wide speculation that the Deputy Governor, Prince Eze Madumere, was poised to succeed Governor Rochas Okorocha. Insiders and informed observers of the All Progressives Congress-led state government of Imo State said he is both favoured and positioned to succeed his political mentor. Besides being one of the oldest associates of the governor within the ruling political family, he is a known confidant of Owelle and is highly favoured by what some analysts call the “zoning factor.”
But ironically, since the report of Madumere’s declaration of interest to contest for the plum job was made public, there has been apprehension that the expression of his interest at this point in time may divide Okorocha’s political family in Imo State.

It all began Thursday, towards the end of January, when the Owerri prince finally disclosed his readiness to join the 2019 governorship race after years of silence on his political ambition.
Madumere, who is from Owerri zone, which has not produced a governor since the return of democracy in 1999, said he is eminently qualified to succeed his boss, Governor Rochas Okorocha.
That day, Madumere played host to the executive members of All Progressives Congress (APC) from Mbaitoli. In the course of the colourful event, the APC chieftains formally endorsed the Deputy Governor as their “sole candidate for the 2019 gubernatorial election.”

Speaking through his Chief Press Secretary, Mr. Uche Onwuchekwa, the Deputy Governor, for the first time responded to the recurring invitation when he said he has decided to heed the calls across the state and beyond to contest the 2019 election in the interest of the people of the state that have shown him overwhelming support and solidarity.

The impact of the declaration on the political texture of the state has been great as any informed observer of the politics of the state would expect. While some said it is an expected development, others expressed fear that it may change a lot of things both within the Imo ruling family and the state APC.

Some of the concerned observers, who expressed this fear, contend that in spite of the growing popularity of the Deputy Governor among some APC chieftains as the right successor of Owelle, the governor may have someone else in mind, citing what they described as his body language in the last one year; a fact they said may cause a fatal division within the ruling political family.

Responding in a telephone chat on Thursday this week, the Chief Press Secretary to Governor Rochas Okorocha, Mr. Sam Onwuemeodo, however told The Nation that the report of the alleged declaration of the Deputy Governor to contest elections in 2019 has not caused any division in the political family and will never cause any crack. “Governor Rochas Okorocha is a new generation democrat. I can assure you he would not stand on the way of any aspirant to the governorship seat in Imo. Since the news item you made reference to was published, the robust relationship between the Governor, Owelle Rochas Okorocha, and the Deputy Governor, Prince Eze Madumere, has remained as cordial as ever. The Governor will not stop any of his people from pursuing their political ambitions. He is a true democrat. Also, the political family is intact and will remain so; you can quote me that any claim of division within the Okorocha political family is the handiwork of enemies of this government and of progress,” he said.

More like a family
Our investigation shows that Prince Eze Madumere’s relationship with Governor Rochas Okorocha is more like a family member than just a trusted political associate. In fact, since 1998 gubernatorial elections in Nigeria, when he served as the Director for Women and Youth Mobilization for Owelle Rochas Okorocha’s campaign in Imo State, under the Peoples Democratic Party (PDP), Madumere has remained not just a key associate of Okorocha but a principal tactician of the political family’s activities, a job he continued in 2002, when he served as chief strategist on media and logistics for Okorocha’s presidential bid under the platform of ANPP (20022003).

So, by the time Okorocha came out for his 2011 Imo State governorship bid, Madumere had been acknowledged, even by members of the then emerging political group, as one of the brains behind the formation of and a principal field commander that put in place what is today referred to as Okorocha’s political family in Imo State.

According to the source, that is why, when Okorocha eventually emerged the governor of Imo State, May 6, 2011, Madumere was first given the strategic position of Chief of Staff to the Governor, a position that put him at the centre of the campaigns for Okorocha’s re-election on April 11, 2015 and more importantly, a position that enabled him to contribute immensely in the articulation and promotion of the Rescue Mission ideology and operations of the Okorocha-led government. He later emerged the Deputy Governor of the state, following the impeachment of the former Deputy Governor, Jude Agbaso.

Giving insight into the depth of his relationship with the governor way back in September 2016, Madumere had said in an interview, “I understand the vision of my boss. I feel his pulse in his passion to render service to humanity. In all these, keep it simple and ensure you make input to make your leader succeed because that is one of the reasons he has me around.

“He is gifted. You should also pray that God grants you the grace to be able to understand him at every point in time, interpret his vision and you must be proactive to ensure a smooth sail of work plans. Again, always show deference to your father irrespective of your knowledge, exposure or whatever because such is the heavenly prize you must pay in gratitude. What Governor Okorocha has exposed me to in his magnanimity is nothing money can buy,” he said.

Such is the intimacy between Madumere and the governor that many members of the political family and close observers could swear that nothing can separate them politically.

Succession intrigues
Events in the last one year and what some observers described as the body language of Governor Okorocha however suggest that all may no longer be well. In fact, since the issue of Okorocha’s succession took the front burner in Imo State politics, there have been insinuations that the governor may have been persuaded by some forces to consider looking at another direction instead of Madumere. The Nation investigation shows that family pressure may be primarily responsible to the successor intrigues currently playing out in the state’s seat of power. A source confided that within the immediate family of the governor, members have different candidates and may have been piling up pressure on the governor to consider their choices. “Many of you think the governor is only considering his son-in-law, Hon. Uche Nwosu, but I can assure you that there are many other family members on the line. As we speak, not all the members of the first family here are pushing for the governor to endorse Nwosu. I can reveal to you that Nwosu is not the only son-in-law to the governor that is currently being positioned for the job. In fact, about two other family members are also vying for the governorship seat and they have support within the family, not to talk of the interest of Aunty Jeraldine, who, you must know, is a strong influence on Owelle. So, the matter is more complicated than you can imagine,” the source said.

Okorocha’s body language
Although Okorocha has never said openly that he would not support the candidacy of his deputy, some of his utterances have been adduced to conclude that he has been toying with the idea of dumping Madumere. The first is his open rejection of zoning formula, which should favour Madumere’s Owerri zone, the only zone that has not produced a governor since 1999.

Another utterance is his declaration that nobody above 50 years of age will succeed him as governor of the state. For some time, it was considered a mere rumour but the governor was quoted on March 5, 2017 as repeating that statement in Owerri, the state capital, while speaking as a Special Guest of Honour at the occasion marking the beginning of the 2016/2017 legal year in the state. Considering that Madumere is from Owerri zone and is slightly above 50, analysts wondered if the utterances were the governor’s way of declining support for Madumere, who is considered his most trusted aide.

Okorocha’s dilemma
Apart from the stated restrictions which Okorocha’s critics said were glaring indications of what he intends to do and which some predict would likely lead to open division within his tightly held political family, close observers of APC politics in Imo said Owelle is also encumbered with many other political challenges. An APC chieftain in the state, who pleaded not to be named, confided to The Nation that until the last re-run governorship election in Imo State, Governor Okorocha led a single, united APC in the state, where he was an unchallenged emperor. But following the stiff challenge, Hon. Emeka Ikedioha-led PDP governorship team gave him in the run-up to that election, the governor had to enter into an alliance with some other top politicians like Senator Ifeanyichukwu Godwin Araraume. According to our source, this union and a few other alliances that helped to ensure Okorocha’s re-election gave birth to a new state APC, an APC chapter that may no longer be described strictly as a one man association.

So, besides the problem of his political son to succeed him in 2019, it seems Okorocha is currently burdened by the interest of the other stakeholders like Araraume and what can now be described as the ‘third force’ in the state chapter of the party, that is the group led by Hon. Emeka Nwajiuba. As our source puts it, “The governor’s lot is complex, very complicated. He is under pressure within his immediate family to make a choice. Members of his political family, who labored to nurture the movement, are watching with increasing frustration even as the new alliances within the APC in the state are poised to put up a fight. I think Owelle will need God’s grace to do the right thing and save the party before 2019 elections.”

What would constitute the right move for Owelle Rochas Okorocha remains to be seen even as the apprehension within all the interest groups continuous to mount.